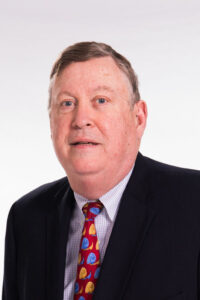 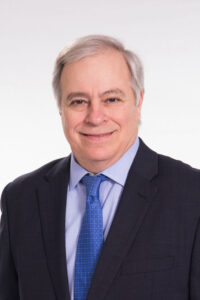 Mr. Vernon concentrates his practice on representing businesses and insurers with civil litigation and workers’ compensation cases in federal and state courts and administrative agencies in Maryland and the District of Columbia. He also represents employers and insurers in Longshore Act claims.  Mr. Vernon brings 30 years of experience to clients from national corporations to local small businesses.  Those clients appreciate his personal attention to their cases and his efficient, ethical representation of their interests.

His extensive judge and jury trial experience extend to appellate practice in the Court of Appeals and Court of Special Appeals in Maryland, the District of Columbia Court of Appeals, and the United States Court of Appeals for the District of Columbia Circuit.  In addition to individual court cases, Mr. Vernon also provides legal advice to clients on business and insurance practices, including safety, risk analysis, and personnel policies and procedures.  He is an active member and speaker for bar, insurance, and employer organizations concerned with administrative, legislative, and related matters of interest to the business community. 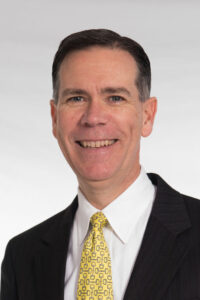 Mr. Daney is an AV-rated trial attorney and focuses his practices on defending employers, insurance carriers, self-insured entities and government entities in connection with general liability, workers’ compensation, and OSHA claims and handles all phases of litigation, including administrative hearings, motions, discovery, mediations, jury trials and appeals in Maryland and the District of Columbia.

Mr. Daney is a graduate of the University of Delaware, with a Bachelor of Science in Business Administration and received a J.D. from the University of Kentucky School of Law. Mr. Daney is a member of the District of Columbia Bar, Maryland Bar, United States Court of Appeals for the 3rdCircuit, United States District Court of Maryland, and the Harford County Bar Association.

Mr. Daney is also a member of the Maryland Defense Counsel, Inc., Maryland Self-Insurer and Employers Compensation Association, and Baltimore Claims Association. A frequent speaker and writer on insurance and workers’ compensation issues, Mr. Daney presented seminars on Evidence in Maryland (2012) and Building Your Civil Trial Skills (2011), and multiple presentations on Workers’ Compensation.

Mr. Daney is the co-author of Applying the Rules of Evidence: What Every Attorney Needs to Know (NBI Seminar 2012), and Legal Issues in the Maryland Horse Industry (2002-2013). In 2016, Mr. Daney was named to the Maryland Workers’ Compensation Educational Association Board of Directors and is a member of the Program Committee for the Annual Conference.

Mr. Daney served as Chairman of the Harford County Personnel Advisory Board(2011-2018) and served as the Assistant Zoning Hearing Examiner for the Harford County Council(2006-2019). Mr. Daney was recognized with the John McGrain Memorial Award (2012), Daily Record Leadership in Law Award (2006), and the Paul Harris Fellow Award (2003), as well as, being an AV-rated Trial Lawyer (2004). 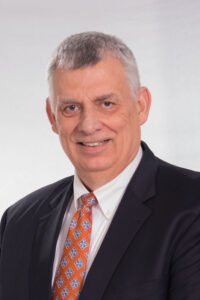 B.A. Shippensburg University (1981), J.D. Dickinson School of Law (1984). After law school Mr. Rockwell entered the United States Navy, serving in the Judge Advocate General’s Corps (JAGC) until his release from active duty in 1988. While in the JAGC, Mr. Rockwell served as prosecutor, senior defense counsel, and claims officer. Mr. Rockwell then began employment with a Baltimore law firm in the field of insurance defense, with emphasis in workers compensation defense, representing employers and insurers throughout Maryland, Pennsylvania and West Virginia. Mr. Rockwell is experienced with alternative dispute resolution at the administrative, state and federal courts, including mediation and arbitration. In 1991 Mr. Rockwell began service in the West Virginia Air National Guard, serving as Staff Judge Advocate, providing legal advice to military commanders and legal assistance to over 1200 service members, in such matters as contracts, labor and employment, domestic relations, personal injury, landlord-tenant, and real estate. Mr. Rockwell retired from military service in 2012. Mr. Rockwell has appeared before administrative agencies in Maryland, Pennsylvania and West Virginia, including state workers compensation commissions, state insurance commissions, the Department of Labor, and the Social Security Administration. Mr. Rockwell is a member of the Maryland Bar Association, the Pennsylvania Bar Association and the West Virginia Bar Association. He has also been a member of the Cumberland Valley Chapter of Society of Human Resource Managers and the Frederick County Chapter Society of Human Resource Managers. Mr. Rockwell achieved an A/V rating from Martindale Hubbell, the highest possible peer review rating for ethics and legal ability. 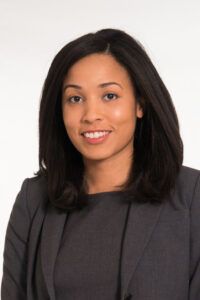 B.A., Bowling Green State University (2010); J.D., University of Baltimore School of Law (2014). Previously Ms. Hall worked at a family law practice and served as a judicial law clerk to the Honorable Yvette M. Bryant in the Circuit Court for Baltimore City. Ms. Hall is a member of the Maryland Bar Association (2016) and she is admitted to the bar of Maryland (2016). Email: Hall@evdlaw.com
Menu
Go to Top